Nightshade Episode 3: Jack in the Box

There was blood everywhere. Shots were fired. That was the last thing that Jack could say he knew was true. Now, he keeps going in and out of consciousness. Every time he wakes up, he finds himself jumping back and forth between realities.

In one reality, he is trapped in a small, square hospital-like room with a team of very strange, otherworldly doctors. The doctors seem to be determined to both “fix” him and torture him in strange sort of judgement on humanity.

In a second reality, Jack finds himself in bed with his wife, Jacqueline, nursing him to health. Still, something doesn’t seem quite right. Everything about this place seems to be stuck in a time long ago. There is also a very unnerving cranking sound that only Jack appears to perceive.

Can Jack recover from his ailment? Which reality is the true reality? Is there still another reality out there? Listen in to Nightshade Episode 3: Jack in the Box to find out!

We would love to hear what you have to say! To get in contact with us:

<p>Join our email newsletter list and we will send all of the latest Lake Avalon Entertainment news, podcast episodes, films, live events, giveaways, and more straight to your inbox!</p><p> </p> 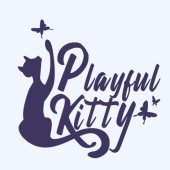 FireFlies on the Frozen Pond

This site uses Akismet to reduce spam. Learn how your comment data is processed.

Join our email list to receive updates on our latest podcast episodes, films, giveaways, and more straight to your inbox!

You have Successfully Subscribed!